Can Technology Make You Dumb? 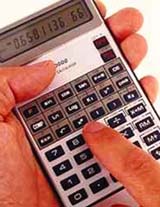 In an unusual move UK education authorities have announced a ban on the use of calculators by students aged eight and younger. This move is seen a progressive by some groups and regressive by others. This moves seems to suggest that as Britain moves towards the 21st century, politicians and teachers believe students will be fundamentally better educated and skilled if they avoiding using and understanding technology.

The government's goal is to improve the standard of mental arithmetic as part of a new �60 million program to help teachers develop more dynamic classroom techniques.

The UK first introduced calculators as a key tool in the teaching for mathematics in the wake of the mathematics Counts' report, which was chaired by the eminent educationalist and mathematician Professor Sir Wilfred Cockcroft.

His committee's report showed that activity based learning like using calculators was a key skill, which encouraged students to grasp mathematical concepts rather than just memorising their multiplication tables. As part of their work this committee studied many international reports about calculator usage and concluded: 'the weight of evidence is strong that the use of calculators has not produced any adverse impact on the basic computational abilities'.

Using scientific methods to support basic change in curricula has long been a strength of the British education system and one that has been widely copied around the world. This new fundamentalist approach to education and teaching is quite intriguing given that it is occurring in Tony Blair's supposedly progressive 'Cool Britannia'.

So what's next to be banned?

Presumably British educators are worried that they are producing a nation of technology slaves (although their use of computers in schools lags we behind the USA, Australia and most of Europe)

What can we say, if calculators are bad then Q.E.D. the Internet must be an abomination

In an article written for Texas Instruments in the early 1990's Professor Cockcroft wrote, 'The use of keyboards and the machines they control is a vital skill we all need, from the digital telephone in our homes to the desktop computers in our office. The calculator is an excellent way that children can acquire and retain confidence in their use.'