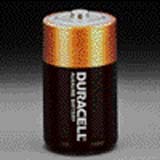 Signs: A highly agitated mental state characterized by screaming fits, a proclivity to break nearby electrical equipment and loud weeping. Symptoms: Poor posture, a pallid complexion and multiple frequent-flyer memberships. Ever had your laptop die in the middle of an important document? Every "road warrior" has their horror story and most seem to revolve around their laptop battery. But fear not, because Penn State University engineers have their sights set on developing software that makes battery failure predictable. (Ours fail after 20 minutes, and that's predictable because the sales person said they would last 4 hours). Sadly, this ground-breaking research was done using lithium-ion secondary batteries ' currently being considered by NASA for use in outer space.

Which means it's unlikely you'll be using one in your laptop in the near future. The Penn State's new software rapidly "learns" to predict your battery capacity by using a small amount of data and then processing it through a neural network. This new process allows fast, accurate analysis of battery performance - thereby saving time and money. But given that these batteries were being considered for use in "survival situations", one wonders whether that is not the best benchmark.