First Among Equals Get More Votes 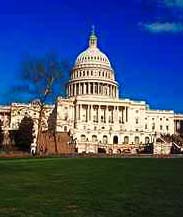 It's nothing so sinister as ballot rigging - just a psychological quirk on the part of undecided voters. Candidates whose names appear first on an election ballot may attract more votes simply because they are listed before their rivals, suggest researchers at Ohio State University.

"Our results indicate that there is more than a slim chance that name order could affect the outcome of a close election," says Jon Krosnick, professor of psychology and political science and co-author of the study. The findings will be published in the upcoming issue of the journal Public Opinion Quarterly.

In some races, that figure was more like 6 percent.

"Party affiliations act as a cue that help voters decide where a candidate stands on issues," says Krosnick. "If voters don't know if a candidate is a Republican or a Democrat, they may be more likely to let name order influence their vote."

Name order also had a stronger effect on races that received less coverage in the media, suggesting that voters were less well informed about these candidates.

"In 1992, some voters may have gone to the polls mainly to vote in the national presidential election, but then were faced with lots of other candidates running in races that they knew little about. In these less visible races, the order of names played a larger role in voting decisions."