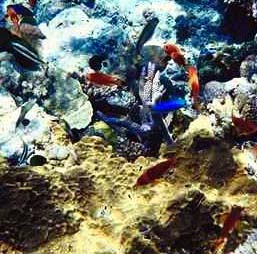 As part of its ongoing process of renewal, the corals of the Barrier Reef spawn together, providing scientists with the ideal opportunity to collect coral embryos for study.

Coral embryos are important for scientists to study as they are living fossils that are distantly related to humans. Coral and all other animals share various genes - but ones of special interest to science are the Pax and Hox genes, which control early development.

These two genes control important functions in more highly evolved creatures, which do not occur at all in coral.

The question is what do these genes do in coral? Understanding this may help scientists' get to grips with how human genes evolved, as well helping scientists to protect the world's fragile coral reefs.