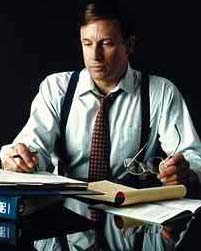 Drug dealing is a major economic force in inner-city neighbourhoods, and those who do it exemplify what management guru Peter Drucker would call entrepreneurship. That is the conclusion of one of America's top gang researchers, based on exhaustive studies in two Milwaukee neighbourhoods.

John Hagedorn, professor of criminal justice at the University of Illinois, Chicago, interviewed former and current dealers for a report published by the Wisconsin Policy Research Institute, 'The Business of Drug Dealing in Milwaukee'.

"What I found was a very deep adherence to mainstream values of success and in wanting to get ahead by whatever means they could do it," says Hagedorn. "What I saw were people motivated by the same things you and I are motivated by, trying to figure out what to do. But they had a different set of opportunities open to them."

According to the report, drug sales in poor neighbourhoods form part of a growing informal economy that has risen up as a result of unemployment. Such ways of making ends meet are becoming part of everyday life for an alarming number of people.

"These are not a bunch of amoral terrorists out there trying to destroy our communities," says Hagedorn. "These are people trying to figure out how to survive. They don't like it, but they see that's the situation they're in."

The research also revealed significant differences between the way drugs are distributed in poor inner-city neighbourhoods and affluent (predominantly white) suburbs. After surveying 28 drug-selling "businesses" that employed a total of 191 people, he concluded that what it all boils down to is cold, hard economics. In the inner-city, drugs are a major employer of young, minority males.

Hagedorn hopes his work will encourage both conservatives and liberals to re-evaluate the nation's drug policies - a re-evaluation "based on an understanding of the poor as hard-working, rational human beings who, in the face of distress, are trying to make their own opportunities."