Garlic No Match For Dread Cholesterol 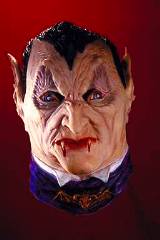 No-one is disputing that garlic wards off vampires - but its protective powers against a more modern bogeyman may be no more than a myth.

That at least is the finding of a German research team, described in the June 17 issue of the Journal of the American Medical Association. Hitherto, there was room for doubt about garlic's effectiveness as a widely used remedy for the treatment and prevention of a number of diseases, such as its ability to lower lipid levels and blood pressure and as an antioxidant. Heiner Berthold and his colleagues at the University of Bonn, worried by design flaws in previous studies, devised their own tests to tackle the issue in a bid to settle the argument.

Opting for a steam-distilled garlic-oil preparation, so much easier to disguise than a fresh clove, they set up a 32-week double-blind, randomized, placebo-controlled cross-over trial.

Through the local newspaper they recruited 25 patients with moderately high total cholesterol and triglycerides, none of whom had recently taken any drugs that would interfere with their blood lipid levels or their lipid metabolism. Starting them all on placebos, they then substituted garlic oil, at quite a high dose, for half the patients in turn during different 12-week phases.

The researchers tested blood samples drawn at the beginning and end of each phase. They recorded no significant effects of garlic either on blood lipid levels or on cholesterol metabolism.

They concluded they had found nothing to recommend garlic therapy for lowering lipid levels. Still highly recommended for culinary purposes, on the other hand, and nothing like it for getting those Transylvanian masked balls really rocking. Horses for courses, really.