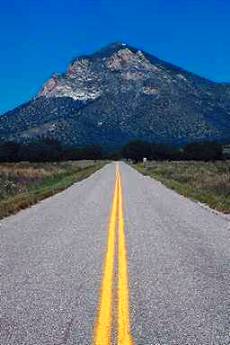 Pot holes and bumpy roads could become a thing of the past with the invention of a bus-sized Rapid Road Repair Vehicle (RRRV) that could patch and mend streets at a rate of up to 35 miles per hour. The brainchild of Leo Mara, a laboratory technician at the Sandia National Laboratories, the futuristic vehicle would combine cutting-edge technology with Rube Goldberg aesthetics.

Imagine a vehicle the size of a Greyhound bus, equipped with a phalanx of nozzles, scanners and enough automated gadgets to satisfy even the maddest of professors. "Seeing" the road's surface from "magic eyes" mounted on the bumper, the RRRV detects any anomalies. Blemishes are cleaned with blasts of high-pressure air, then vacuumed before further inspection. On-board image processors distinguish between holes, bumps, cracks, road-kill and manhole covers. Nozzles splurt out fast-drying patch-material or sealer. The mixture is tamped into place, dusted with grit to provide traction, and vacuumed. A final row of scanners then confirms the quality of the repair. All this without a second's pause as the RRRV drives steadily onwards. Thunderbirds are go!

"Even at 10 miles per hour, can you imagine patching 10 miles of road in an hour?" asks an excited Mara who previously worked in a trailer factory in Connecticut. "That's absolutely incredible."

In the wake of El Nino's heavy rains, transport agencies throughout America find themselves up against increasingly deteriorating road conditions. The RRRV "would be a piece of equipment that most any town could afford to buy," says Mara. "It wouldn't be that expensive." At around $325,000 a vehicle, the potential market for the RRRV is an estimated $200-$500 million in the United States alone.