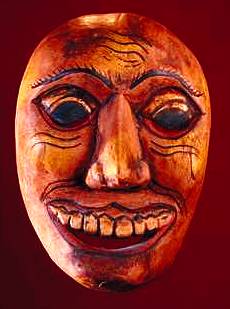 World Cup fans who sing the soccer anthem 'Always Look On The Bright Side Of Life' could be doing more than just crooning an irritating ditty. According to a study published in the June issue of the American Psychological Association's Journal of Personality and Social Psychology, they could also be improving their health. That's because optimism can actually boost immune systems.

Carried out by researchers from the University of California, Los Angeles, the study is the first to relate optimism to immune change in a healthy population. Previous research has focused on how seeing a cloud's silver lining can effect health challenges such as surgery and ongoing disease.

"As evidence increases to show that psychological factors may play a role in the course of chronic diseases such as HIV infection, healthy people wonder if psychological factors also affect their health," says psychologist and lead author Suzanne Segerstrom. "We have seen that optimism positively affects the psychological response to stressful events, and this research reflects a first step toward explaining that observation to include physical health under stress."

In the study, 90 first-year law students - stressed-out but healthy - were evaluated for mood and immune changes over the course of a semester.

While there were no immune differences between optimists and pessimists prior to beginning law school, those students who began the semester whistling a happy tune had more helper T cells and higher natural killer-cell cytotoxicity mid-semester than their glummer counterparts. Optimistic beliefs included confidence in their own abilities and a sense of excitement about beginning law school. In contrast, the doom-mongers tended to feel apprehension and uncertainty.

"While the size of change in the immune system may not always translate into health differences, it does establish the possibility that people's outlook and mood when stressed might affect responses to common immune challenges such as exposure to cold viruses or immunization," says Segerstrom.

Perhaps someone should convey the study's findings to Paul Gascoigne, whose dramatic departure from the England World Cup squad yesterday has elevated him to the status of World's Gloomiest Man. Cheer up, Gazza; then at least you've got your health.