Scorched Glaciers On The Rocks 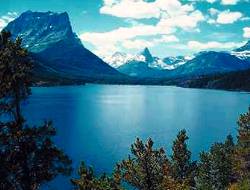 Would you like ice with that? Well, hurry up and order, because it's melting fast. The volume of many of the world's glaciers is decreasing and the decline is accelerating, according to a new study from the University of Colorado at Boulder. Focusing on glaciers outside Antarctica and the Greenland Ice Sheet, the report notes that "there has been a significant decrease in the area and volume of glaciers, especially at mid and low altitudes" in the last century.

Professor Emeritus Mark Meier of the geological sciences department adds: "The disappearance of glacier ice is more pronounced than we thought." Smaller low-latitude glaciers seem to be the worst affected: 92 per cent of the mass of the largest glacier on Africa's Mount Kenya has been lost and Mount Kilimanjaro glaciers have shrunk by 73 per cent in the last century.

Statistics from the report make scary reading: the loss in the European Alps has been about 50 per cent; New Zealand's glaciers have shrunk about 26 per cent since 1890; 50 per cent of ice in the Caucasus Mountains of Russia has 'gone west'; and in the Tien Shan Mountain Range between China and Russia, 22 per cent of the ice from the thousands of glaciers in the region has disappeared in the last 40 years.

Preliminary calculations on glacier shrinkage in Montana's Glacier National Park (pictured above) indicate that it may need renaming, as there will be no glaciers left there within a century, or sooner, if climate trends continue. "During the past several decades, ice wastage and global sea rise are moving pretty much in step," said Meier. There is strong wastage of mid-latitude glaciers, and small continental glaciers are disappearing, causing significant increases in the flows of some rivers. They make up only 6 per cent of the world's ice mass but their water is recycled more quickly and contributes more to sea level rise than the polar ice sheets. Although melting now contributes about 20 per cent to global sea level rise, the percentage may increase. "I'm convinced there is a detectable human influence in the pattern of climate change we are seeing," said Meier.