Growth In Glumness For Scotsmen 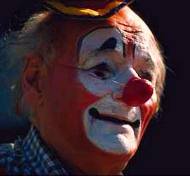 In the United Kingdom, 1 in 8 people will be treated for a mental health problem at some point in their lives. The majority are women, but a new study from the Royal Edinburgh Hospital shows that the men are catching up. Dr. Polash Shajahan and Dr. Jonathan Cavanagh report in this week's British Medical Journal on their study into depression affecting men and women in Scotland. They found that although the total number of women admitted to hospital for depression was far higher than that of men, their numbers decreased over the period of the study while the number of men affected increased.

The authors are concerned to question whether social factors and gender roles are behind the increase. The number of men in full time work has decreased in the last 20 years, and their status as bread-winner, and head of the household, has been lost in many families. The reduction in social status and the consequent social isolation could be risk factors for depression, along with loss of earnings. Other possible contributing factors include the emergence of the "New Man", or changes in admission criteria and the way GPs treat depression. The authors appear to conclude that changes in gender roles are the most likely factor.