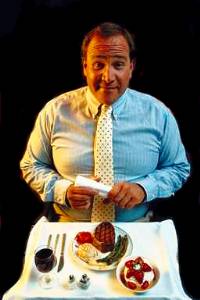 Genetic research is turning drug companies towards the prevention of heart disease, rather than the cure. The hero of the hour has been found in a Swedish study of 184 healthy men, and is a variation in a gene linked to low levels of low-density lipoprotein (LDL). This is the form of cholesterol that contributes to the fatty deposits that may clog blood vessels and cause heart attacks or stroke. "This kind of reduction would correspond to a 50 per cent lowering of risk of future heart disease in a 40 year old man" says the study's lead author, Dr. Fredrik Karpe, of the Atherosclerosis Research Unit of the Karolinska Hospital in Stockholm.

A research group in Sweden has found that the gene for microsomal triglyceride transfer protein (MTP) provides the blueprint for production of the protein that helps assemble LDL. "The variant of the MTP, found in six per cent of the individuals, is of functional importance in regulating expression of the MTP and influences LDL cholesterol concentration," says Karpe.

Individuals with the variant produce extra MTP protein which in turn alters the production of very-low-density lipoprotein (VLDL), a protein-coated fat essential to the production of LDL. This is the first report on a common genetic variant of the MTP gene since it was cloned in 1993.

Individuals who carry two copies of the variant form of the gene had LDL cholesterol levels 22 per cent lower than those who had only one, or no copies, of the variant.

Most drugs used in the treatment of high cholesterol work by removing excess, so these findings have important implications for drug development. Drug companies have already started looking at MTP inhibitors which would lower LDL. Those six per cent of the population who carry the variant are already protected against heart disease to some extent, says Karpe. And although the research group were all men, women with the MTP variant are likely to benefit too.