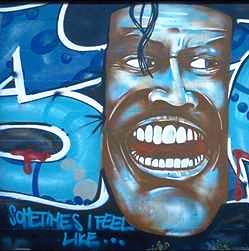 Contrary to popular belief down the ages, patients with mental health problems are about as likely to commit acts of violence as anyone else - that is, not very much at all. What makes the difference between care and despair in the community depends on the discharged patient's abuse of alcohol or other drugs.

In the MacArthur Violence Risk Assessment Study, reported this week in the Archives of General Psychiatry, 951 acute patients were followed for a year following their hospital discharge. The aim of the study was to assess which patients were at risk of committing violent acts against others. A sample of 519 non-patients living in the same neighbourhoods was studied for comparison. Director of the Study, Henry J. Steadman of Policy Research Associates in Delmar, New York, says: "Whether patients are abusing alcohol or illegal drugs in the community turns out to be one of the key distinctions. Another important distinction is diagnosis.

Some disorders are more closely associated with violence than others."

"What is striking about these findings is the similarity in the rate of violence between patients who are not substance abusers and their neighbours" says John Monahan, one of the study's authors, and a psychologist at the University of Virginia School of Law. However, substance abuse was more likely to lead to violence among discharged patients than among non-patients - the rate of violence among non-patients tripled while that among ex-patients increased five times. "The character of the abuse was largely the same whether it was committed by discharged patients or by their neighbours" reports Monahan, adding "Victims of violence were most often family members, and the acts tended to take place at home."

While reassuring the reader that major mental health disorder is not directly responsible for violence in the community, the report suggests the patient's vulnerability to drug and alcohol abuse is increased by mental health problems, which in turn can lead to violent behaviour. Although individual patients may suffer from acute disorders which increase violent behaviour, Monahan states that "these findings clearly indicate that public fears of violence on the street by discharged patients who are strangers to them are misdirected."