Jared Diamond, author of Collapse, delivered a talk recently about how past civilizations have wiped themselves out due to a lack of foresight and a full comprehension of their actions. Due to religious differences, resource plundering and war, these civilizations often found it difficult to pull themselves back from the precipice of extinction. He warned that our lack of vision meant that we too are headed down the same path. His warning very much mirrors the thinking of an organization called the Long Now Foundation. The Foundation's modus operandi could perhaps be described as 'slow food' for culture, rather than cooking. They're determined to talk people down from the frenetic pace of contemporary life by rewarding patience, responsibility and, above all, by facilitating the acquisition of the "long view".

Since its establishment in 1996, the Long Now Foundation has directed a number of projects either proposed (no rush, obviously) or currently underway, all aimed at making people think in the long-term. The Foundation wants nothing less than to overturn our current predilection for short-term strategies for short-term gain with no regard for the big picture. The Foundation argues that we need to slow down and take stock of where we are, how far we have come and where we intend to go. And it's only then that we can tackle problems like long-term environmental change.

The Foundation's founder, David Hillis, an electrical engineer, claims that getting people to look beyond the now may encourage people to have more responsibility for the future. Members of the Foundation reason that: "Civilization is revving itself into a pathologically short attention span. Some sort of balancing corrective to the short-sightedness is needed - some mechanism or myth, which encourages the long view and the taking of long-term responsibility, where 'long-term' is measured at least in centuries."

At the 2004 Earth Day summit, a representative from the Long Now Foundation said: "Where Renee Dubos was saying, 'Think globally, act locally', we're saying, 'Think long-term and, by the way, act long-term' - because a lot of these issues, like invasive plants, respond to long-term bearing down on them. There's too much CO in the atmosphere; we've been measuring it for 48 years. It's long, slow, unexciting, hard-to-fund science that gives you this data and gives you a sense of what you should be doing to take care of things." The comment was aimed at getting people to appreciate the fact that not all problems can be diagnosed instantaneously, and neither can any solution be implemented with immediate effect. In this respect, the Foundation, with its many backers, is developing into an enduring cultural institution: A kind of preservation society for humanity itself. 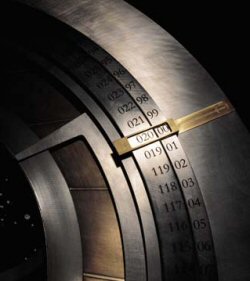 One of the Foundation's projects that fires the imagination is The Clock of the Long Now, or the 10,000-year clock. The clock is a legacy of Hillis's childhood, where he remembers people talking about what would happen by the year 2000. Hillis reflects that: "For the next thirty years they kept talking about what would happen by the year 2000, and now no one mentions a future date at all." It is like nobody has confidence enough in the future anymore to warrant any long-term planning, he said. Driven by these thought processes, Hillis proclaimed that: "I would like to propose a large [think Stonehenge] mechanical clock, powered by seasonal temperature changes. It ticks once a year, bongs once a century, and the cuckoo comes out every millennium." While the full-size version of the 10,000-year clock is yet to be completed, the Foundation has created a prototype employing many of the principles to be used in the full-size one.

When Hillis proposed the 10,000-year clock, he soon realised that he had a huge design problem on his hands. How do you make a clock (a skill called horology) that will last ten thousand years? Instinctively he thought of a digital, electronic-type clock, but soon realized that electronics might just be "a passing fad." Other ideas were to build a clock under a piece of stone and let a waterfall wash away the stone to expose the clock over time, one used radioactive decay, where the gradual change in weight caused by the release of neutrons would measure the passing centuries, and yet another was launching some kind of satellite that would orbit the Earth. While these concepts may have worked beautifully from a technical perspective, Hillis said that eventually, his ideas were shaped by how people would possibly react to them psychologically. Subsequently, he thought that radioactivity might be a little too "depressing" for people to handle. As well as being technically sound and durable, the clock had to reach deep into people's consciousness. If you really want to change how people think, he reasoned, the clock had to be part mythology.

This is one of the reasons why Hillis came full circle and decided upon the familiarity of a mechanical clock. A mechanised clock is also ideal because of its relative simplicity. Hillis said that one of the design specifications had to be that the clock could be built using Bronze Age technology, as well as being self evident in the way that it functions. It also had to have features easily recognizable by any culture, so the face of the clock is comprised of the star field viewed from Earth. The Clock's works consist of a binary digital-mechanical system, which the Foundation claim is: "so accurate and revolutionary that we have patented several of its elements." The clock has 32 bits of accuracy, a precision equal to one day in twenty thousand years, and it self-corrects by 'phase-locking' to the noon Sun. As Hillis points out, the Earth's axis changes over time, so this too had to be accounted for.

Wear and tear is another consideration, but Hillis is not overly concerned. He explains: "The bigger you make the clock the less surface it has per volume." And: "The clock is also very slow, and even the prototype ticks only once a minute. So a click every minute over ten thousand years is the same as the number of ticks a wrist watch does in a 100 years." So the bigger and slower the clock is, the less wear-and-tear will become an issue later on, and Hillis tells us that the final clock will be both much bigger and much slower. In fact, in 1999 (or 01999 according to the clock) Long Now purchased part of a mountain in eastern Nevada, whose high white limestone cliffs may make a perfect site for the full-sized 10,000-year Clock. Hillis also added that the most common reason why things break is because people try and fix devices without necessarily understanding how they work. To counter this, the clock has a number of self-documenting features. The flip side of this, said Hillis, is that the main reason things last is because people care about them enough to want them to last. But there are no guarantees with such a long-term project, and Hillis is the first to admit that he more than likely hasn't got everything right. 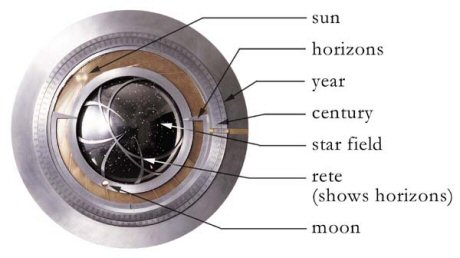 The contributors to the project are certainly an eclectic bunch. Musician Brian Eno has composed, or rather designed, the chimes for the clock so that visitors will be treated to a unique set of chimes that will never be repeated. The designers want each visitor to have their own unique moment with the clock, a feature that Hillis's team hopes will create a mystique that will preserve the clock in the hearts and minds of everyone. Eno's association with the Long Now project also highlights the diverse contributions made by people from disparate fields of intellectual endeavour.

With our culture so firmly rooted in the moment, it is often hard to imagine that the determinism of time is not always the best measure of human achievement. Wars, genocide, political machinations, cultural artefacts and the decline of civilizations in spite of themselves are all testament to that. While it may very well be that short-sightedness is humanities greatest failing, it is reassuring to know that somebody has had the presence of mind to at least try and reclaim the future. And lastly, who knows what future cultures will be thinking when they cast their eyes upon Hillis's clock ten thousand years from now, and would we even recognize them?