You are here: Home › Biology › News › Your microbes might decide how much you weigh
By Irene Park on June 10, 2016 in Biology, News 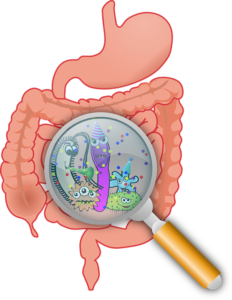 The NMI’s aim is to advance the understanding of microbiome, which refers to all the microbes in a particular environment. The initiative particularly focuses on restoring and maintaining healthy microbiome since microbiome is important for human health, climate change, and agriculture.

There are numerous microbes that live in our gut that help with processing food and extracting nutrients from the processed food. Researchers have known that the gut microbiome is important for human health and dysfunctional gut microbiome is linked to diseases like allergies, diabetes, and obesity, but “how” was always the question.

In a recent study published in Nature, a team of researchers from Yale medical school used rats to answer how dysfunctional gut microbiome can lead to obesity. The team specifically looked at acetate, a chemical compound that is important for fatty acid production. Fatty acids are the building blocks of fat and oil.

Gerald Shulman, George R. Cowgill Professor of Medicine at Yale medical school, and his team conducted the study. The team observed that rats on high-fat diet had almost twice as much acetate in various organs—caecum, colon, and the brain—and acetate turnover (how fast acetate gets replaced) as rats on a normal diet.

The team identified that contents of the colon, specifically the microbiome, were the decisive factors that determine the high acetate in rats fed high-fat diet. When the researchers wiped the microbiome from the rats’ colon by procedures like washing out the colon with saline solution or feeding rats broad-spectrum antibiotics to kill the microbes, the acetate turnover was reduced by 75-90%.

The team then had to ask: what’s so special about the microbiome of rats that were fed high-fat diet?

It turns out the microbiome of the high-fat-diet-fed mice is responsible for the high amount of acetate. Feeding germ-free mice (mice with no microorganisms) high-fat diet did not make a difference in acetate production, but feeding mice with normal microbiome high-fat diet increased acetate.

The study also explores how increase in acetate production can drive obesity, as well, pointing out that acetate can trigger some metabolic pathways, like the insulin secretion pathway, that can lead to obesity.

“Taken together these experiments demonstrate a causal link between alterations in the gut microbiota in response to changes in the diet and increased acetate production,” Shulman said.

Shulman said that the next step is to see if the mechanism in rodents holds true for people.

“Alterations in the gut microbiota are associated with obesity and the metabolic syndrome in both humans and rodents,” Shulman said. “In this study we provide a novel mechanism to explain this biological phenomenon in rodents, and we are now examining whether this mechanism translates to humans.”

Related:
Discuss this article in our forum
Gut flora link to Parkinson’s disease
Obesity could be an evolutionary hangover from prehistoric gut bacteria
High-fat intake could trigger psychiatric disorders